Write Your Speech for the Ear 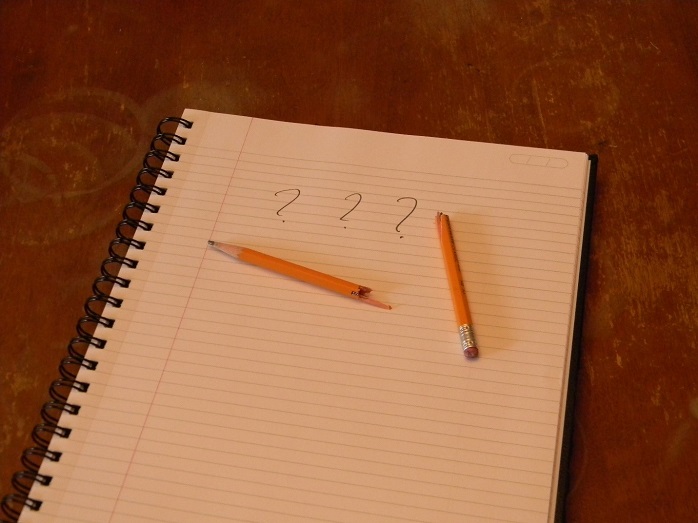 What, you don’t write your speeches? You should. The best speeches aren’t written—they’re re-written. Editing is to a speech as polishing is to a rock; it can turn it into a gem. And you can’t edit what’s not written down to begin with. Writing out your speech offers several advantages. It forces you to think clearly about what you want to say, it gives you a chance to fine-tune your transitions and other key spots, and, by giving you a word count, it tells you how long your speech is.

But all those advantages can be offset by one huge disadvantage if you’re not careful. A speech that is completely written out can sound awkward and hard to follow. Why? Because most people don’t know how to write in their “speaking voice.” In this post, you’ll learn why that problem arises and how to correct it.

The first issue is vocabulary. How many words do you know and use? It’s hard to say. Various sources cite a wide range of numbers. Still, it’s reasonable to say, for the sake of discussion, that an educated native-English speaker has a total vocabulary of 12,000 to 20,000 words, and uses about one-fourth of those in everyday conversation. The number that you might use in writing is somewhat higher, and therein lies the problem. There—did you see it? Would I use “therein” in everyday conversation? Probably not.

You want a speech to sound conversational. It won’t, if you allow words to creep in that you would not use in a conversation. From what I’ve seen in my coaching, adjectives tend to be a frequent offender, especially in stories. True, you want to use enough description to draw the listener into the scene. But unlike a reader who may have access to a dictionary or thesaurus, your listener has only one chance to make sense of what you say. If she stops to wonder what “bucolic” means, you have lost her attention. Better to have said, “in the countryside.” Speechwriting is no place to show off your vocabulary.

The second issue is sentence structure. Written English offers amazing flexibility in the way we say things. We can take the basic subject-verb-object pattern and invert it, turn it this way and that, wrap modifying phrases and clauses around it, and add compound structures, and still the reader is likely to make perfect sense of it all. And while we can do the same thing with spoken language, doing so is a disservice to our listeners, who don’t have the luxury of going back and starting over. Remember, you are only giving your listener one shot at decoding each sentence you say. If he has to spend even an extra few seconds making meaning out of what you just said, then the next thing you say will be lost to him.

The fix is simple: keep it simple. Speak in shorter sentences than you would use in writing. Once you have written out your speech, look for conjunctions like “and” and “but.” Where they are used to make compound sentences, strike them out and make two shorter sentences instead. When you find a sentence that begins with a modifying clause or a long dangling phrase, re-word it to make it more straightforward. Break it into two sentences if necessary. The most important step is to read your work out loud to yourself. If you find yourself stumbling over a sentence, change it. Otherwise your audience will stumble as well.

It’s one thing for me to say, “Use simple words and shorter sentences.” It’s quite another for you to find your true speaking voice when writing. With that in mind, I leave you with one final tip. Instead of starting with a written draft of a speech, start with an outline. Using that, give your speech—to yourself in a mirror if you don’t have a test audience handy—and record it using your ever-present digital voice recorder. (You DO have one, don’t you?) Then transcribe what you have said, or pay someone to transcribe it. That becomes your written first draft. Chances are, your vocabulary and sentence structure will be more conversational this way from the beginning, and you can fine-tune it from there using the guidelines above.

P.S. Just because you have written your speech doesn’t mean you will read it when you deliver it! That’s a subject for another day.

Four steps for using video to improve your speech
February 26, 2019

Want to know how to avoid the nine most common mistakes in technical presentations?